Alright, I'm back from playing with my parents in Québec city. I've been back for a whole week. But turns out I'm kind of a busy girl during the week and wanted to finish spinning this up before posting about it. So here we go, I give you Soy Silk: I did some internet research before attacking this bump of soy silk and came across a mention in the intro to this Knitty Spin article on Spinning from the Fold that it's a good method for spinning soy silk. The article has pictures of Lee Juvan spinning long draw from the fold with soy silk, so I thought I would give it a go. I figured it would be good to practise long draw with something easier to spin like soy silk instead of waiting for my cotton to arrive (this was before I bought some cotton balls to play with). It's weird to try a new technique, almost like learning to spin all over again. Things break. The yarn ends up all slubby and weird. Generally feels strange. But it's good to learn new things. I like learning new stuff. And that's kind of the point of this challenge. Breaking the top into little fingers definitely makes the spinning seem faster. Though I had to put them in a shoebox to protect them from the ceiling fan set while spinning. The soy gets really fluffy when drafted.

Overall, I went easy on myself, aiming to get a good spin rather than go for speed right out of the gate. The singles were pretty even I was able to get nice control and towards the end of the spinning, I was actually getting pretty quick with my long draw. I think I'm going to try long draw for the next bump of wool that I spin. Mostly for practise, but it's also kind of magical. And I like that my fingers don't get as numb or sore as usual. The soy silk was pretty nice to work with. It's a little grabbier than the milk fibre which I might make it easier for someone starting to spin or who is used to spinning wool. Spinning from the fold definitely made the fibre draft easier though long draw isn't entirely necessary. I just wanted the practise. I would definitely spin soy silk again if I came across some nice colours to play with.

Next up: I play with punis while spinning up some cotton noil. 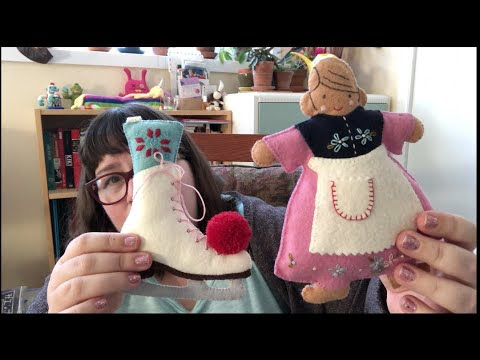 Episode 2 - During the Holidays, we craft.